So, what’s in store? As usual, the WordPress development team has been hard at work tweaking things.

Here are the highlights:

Customizer is the tool that you use on your WordPress site to edit theme options and widgets. It has been substantially expanded. Among other things, you can now create new pages while editing menus, and the custom CSS module is more robust. Two of the most visible changes to the customizer are related to themes:

When you’re using the customizer tool to edit your website’s appearance, you may encounter some little blue pencil icons. Here’s an example from my own website:

These are visible edit shortcuts, and you can click on them to edit the element that they’re hovering over. For instance, when I click on the one in the screenshot, it allows me to edit the navbar menu.

[T]heme-specific selections of content to help showcase a theme to users and serve as a starting point for further setup of new sites. […] Starter content is applied and displayed upon entering the customizer, with no changes appearing on the live site until customizer changes are explicitly saved and published. In 4.7, this initial view of a theme with starter content will only happen for “fresh sites” — new installs that have not yet had any posts, pages, widgets, or customizer settings updated.

In other words, starter content will help you get a sense of what a theme looks like before you’ve built out your website. This feature has to be added to each theme individually, but it’s likely to be adopted by professional WordPress developers.

Speaking of themes, there is a…

Twenty Seventeen is the new default theme, designed by Mel Choyce. You can see a demo here. Notice that snazzy video header, and the parallax scrolling? Overall, Twenty Seventeen’s look and feel are reminiscent of Bootstrap (a popular web framework originally developed by Twitter). 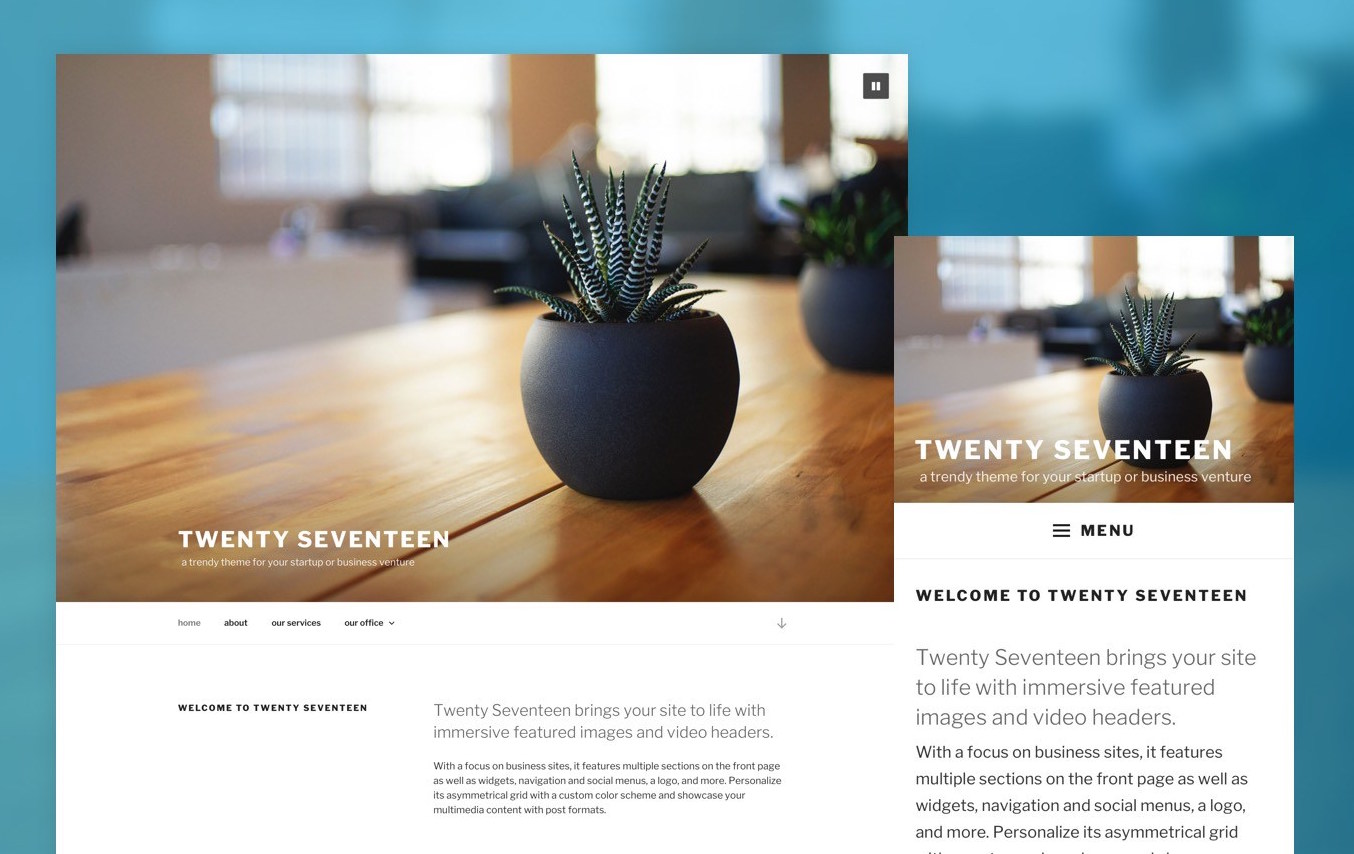 Image via the WordPress blog.

Twenty Seventeen won’t be added to existing WordPress websites automatically, so if you want to use it, you’ll need to install it individually.

WordPress has long enabled users to create templates for pages. Now that capability has been expanded to regular posts! For example, if you want to have a different style for essays than for quick blog posts, you can use post templates to do that.

The editor has been optimized a little further. Andrew Ozz writes:

Some of the toolbar buttons have been rearranged to make them easier to access and to encourage proper use of the HTML elements they insert. The headings drop down is now moved to the top row, and the strike-through and horizontal rule button are moved down. This also reflects their usage.

The underline and justify buttons have been removed from the bottom row. Underlining is a bad practice as readers can confuse it with links (bad accessibility), and it does not insert a semantic element. Justifying has uneven browser implementation, and in many cases is bad for readability. Keyboard shortcuts for both will keep working.

I might not have noticed these changes without having them pointed out. Anyway, here’s the new interface:

The media library is now searchable by file name, whereas previously you could only search based on the post a file was attached to. This is very convenient when you’re trying to find an image uploaded years ago, and all you remember is that the file name includes “logo”!

Also in the media library, PDFs will now have thumbnail image previews, which makes it easier to figure out which one you’re selecting. Your mileage may vary, though — I updated my personal website and the PDFs that I’ve uploaded in the past still had generic thumbnails.

Those are the flashy new features in WordPress 4.7! This release includes umpteen other changes — language localization in the admin interface, for example — but those are the highlights. What do you think? Are you delighted or chagrined by any of these in particular?

Note: for a complete list of all that’s new in WordPress v4.6, check out the official version 4.6 codex.

Stay tuned for news and info on WordPress 4.8 (check the official WordPress Roadmap for more info) — and remember to always ensure you have a complete backup of your site before updating!

Sonya Mann is a writer and serial project-starter who dabbles in journalism, marketing, and fiction. She runs a cyberpunk newsletter called Exolymph and spends way too much time on Twitter.