As a follow up to our previous post comparing Ghost to WordPress, we thought we’d delve into the world of Ghost themes. Ghost themes often capitalize on Ghost being “Just... View Article

During the past decade or so WordPress has both continued to grow as a content management system (aka CMS) and further entrench itself as the blogging system of choice for... View Article

A quick note regarding our recent Ghost vs WordPress post…

Having once met in person and corresponded with John O’Nolan (the original founder of Ghost) via email a number of times, I figured it would be an interesting thing to... View Article

One of the most appealing things about Ghost (an up-and-coming blogging platform we’ve had an eye on since early 2013) is its undeniable beauty. That’s not to say that WordPress... View Article 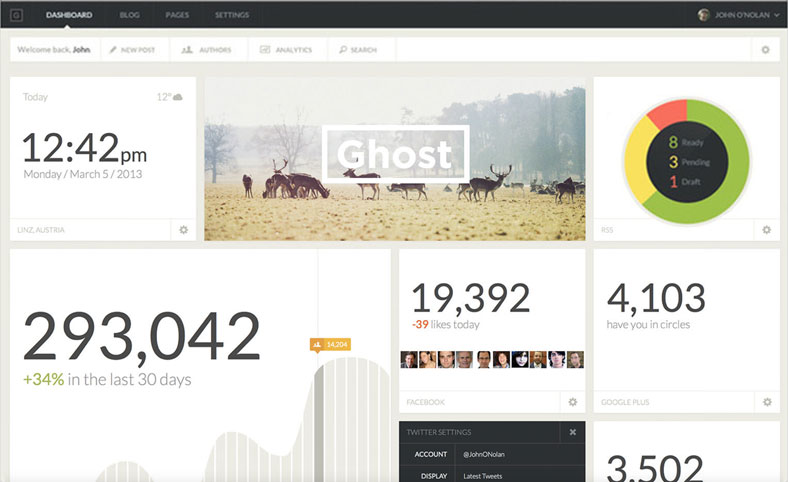 For the last month or so there’s been a project over on Kickstarter that’s already made quite a ripple in the world of blogging – say hello to Ghost! What... View Article