WinningWP content is free to all. If you make a purchase through referral links on our site, we earn a commission (learn more).
Tags – version 4.3

Led by Konstantin Obenland and dubbed ‘Billie’ (after jazz musician Billie Holiday), WordPress 4.3 has arrived — and entirely on schedule!

Nothing all that earth-shattering in this release folks, but there’s certainly at least a couple of very nice improvements that the majority of users will appreciate.

In short, there’s really four particularly noteworthy improvements. These are, in order of how influential we personally feel them to be: 1) a number of brand new keyboard shortcuts to assist in creating things like headings, lists and quotes within the WordPress editor; 2) the ability to create, update, assign and live-preview menus within the customizer; 3) an improved approach to handling passwords; and 4) the ability to add a site icon, which will appear both in browser tabs and on the homescreen of mobile devices when visitors bookmark your site.

In addition to being able to create headings and lists with the mouse by clicking the relevant formatting icons within the WordPress visual editor, you can now create these as you type — by using some relatively simple, markdown-like keyboard shortcuts. 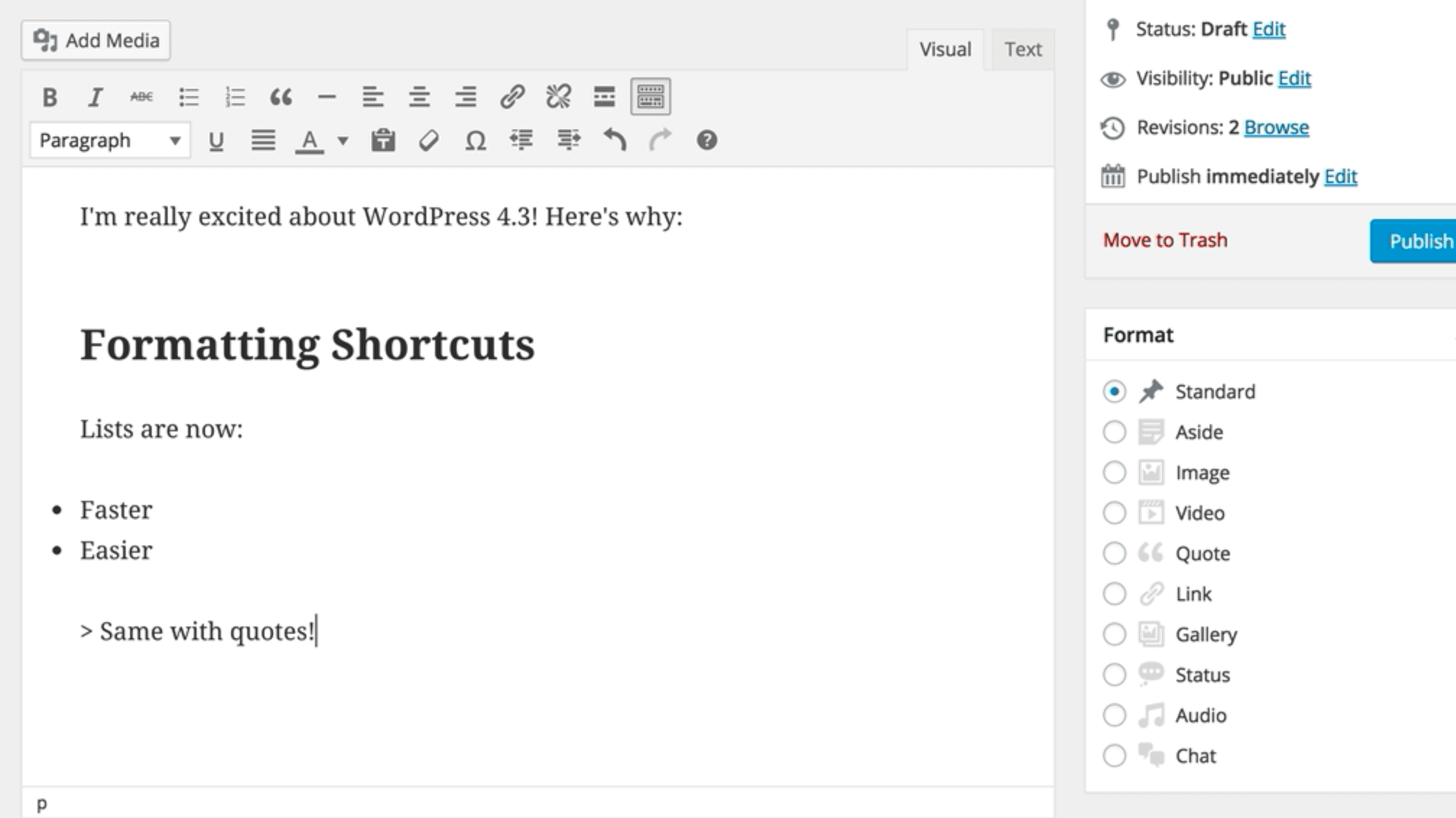 For example: typing the hash symbol (#) two or more times followed by some text and then hitting the return key, will change the text you’ve typed into a header. The type of header that will be created, such as H1, H2 or H3, etc (up to H6), is determined by the number of hash symbols you type. Like so:

Oh, and if you accidentally create any of these things in error, you can either use a standard keyboard undo or the esc command to revert/cancel.

Note: For more on this particular feature, check out Jeff Chandler’s write up over on WPTavern.

Menu’s in the Customizer 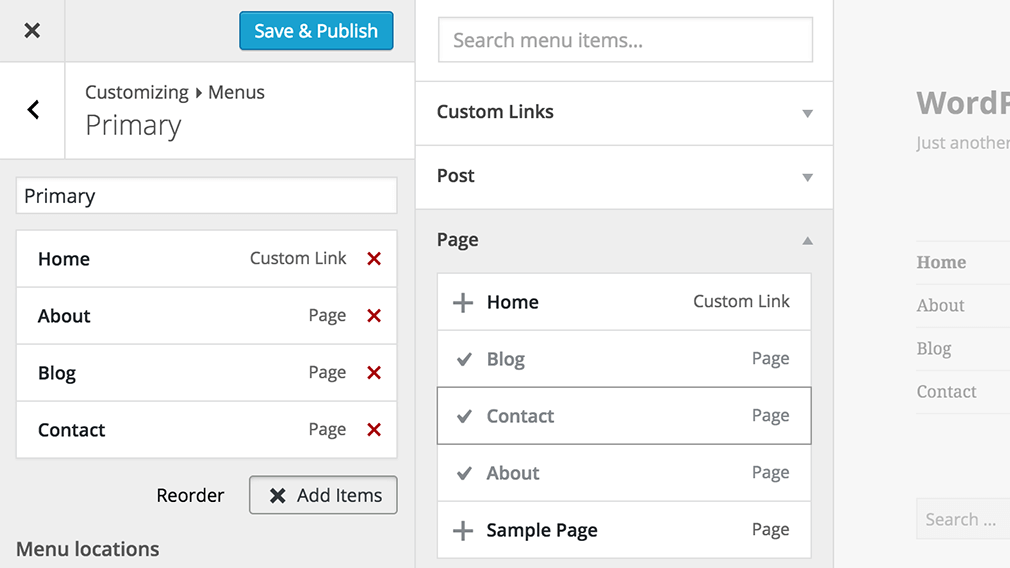 Whilst this may seem a little alien to some, this is — hopefully — at least a step in the right direction, i.e. making things more intuitive for new users and creating an improved mobile-friendly and more accessible interface with which to work from.

Security online is increasingly becoming a huge deal… not least for WordPress users and their sites — so any improvement in this field is more than welcome! Sadly, hackers are getting increasingly proficient at figuring out passwords and, quite frankly, it’s high time users everywhere made certain they’re using STRONG passwords wherever possible! 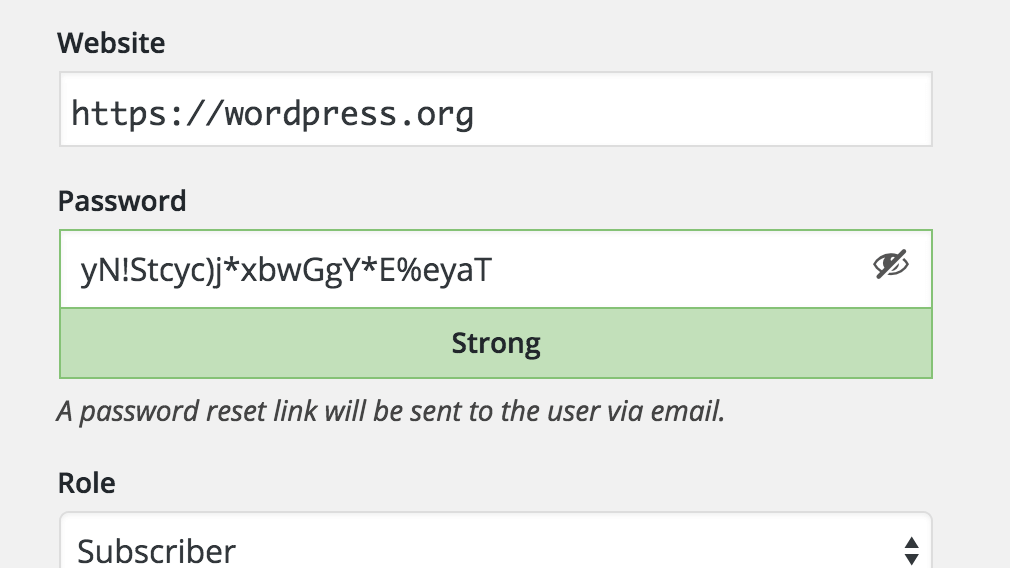 WordPress 4.3 now assists users by defaulting to autogenerating solid passwords for newly created users and no longer includes any passwords in the emails it sends (users will receive a password reset link instead). Nice!

The idea of site icons representing your website in browser tabs will already be familiar to anyone who understands favicons. To many users however, favicons (and how to create and assign them) isn’t common-knowledge. WordPress 4.3 makes an excellent step in the right direction here by simplifying things yet again: this time by giving users an easy-to-use interface to upload an icon (via the customizer) that they’d like to use not only as a favicon, but also as an icon that will represent their website on the homescreen of mobile devices when users bookmark it.

What’s more, the icon chosen will also stay in place even when users switch themes — which is a very nice touch indeed!

At long last, comments will now be turned off by default on newly created pages! …we can’t tell you how often we’ve accidentally left them turned on!

Note: for a complete list of all that’s new in WordPress 4.3, check out the official version 4.3 codex.

Stay tuned for news and info on WordPress 4.4 (scheduled for release in December 2015) — and, as always, remember to make a complete backup of your site before updating!