Led by John Blackbourn and named after Dinah Washington (an American singer and pianist commonly regarded to be the most popular black female recording artist of the ’50s), WordPress 4.1 has arrived — boasting some incredible new features, such as an all-new distraction free writing view, a new default theme, the ability to switch the backend of your site into one of forty-four languages, Vine video embeds, plugin recommendations and more…

Ever wanted to get rid of all the icons and menus etc positioned around the WordPress editor in order to better focus on whatever it is you’re writing? If so, you’re certainly not the first! Thankfully, WordPress 4.1 brings a cleaner, less distracting interface (free of everything but the title field, your standard editing tools and, of course, the main content editor) with a simple click of a button that’s located just under the ‘Visual’ and ‘Text’ tabs at the top-right of the editing window. 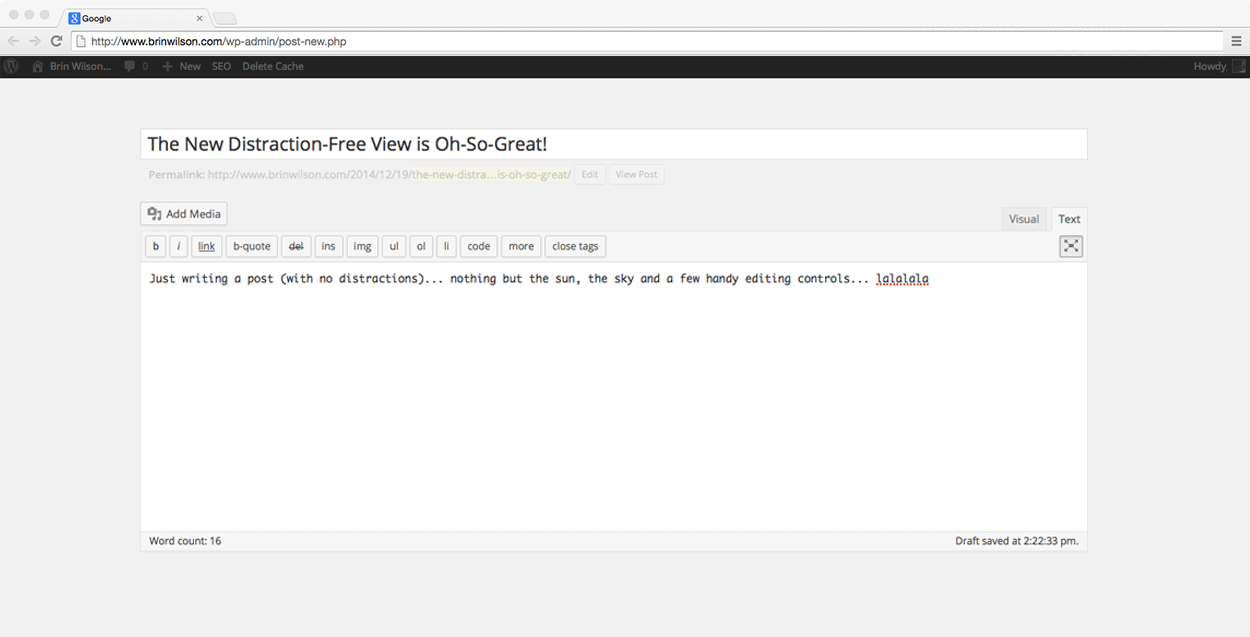 The new default WordPress theme, Twenty Fifteen, is all about blogging. Simple, elegant and with a fixed right-hand sidebar, Twenty Fifteen is light-weight, classy theme that brings the focus down squarely on your site’s content. It offers six different color schemes to choose from, flawless language support (with help from Google’s Noto Fonts) and a mobile-first design created to look perfect on any device!

A small but welcome addition, WordPress 4.1 also includes a new inline image alignment-editing tool — super handy if you’re wanting to change or play around a bit with various different image alignments on the fly.

In WordPress version 4.0 we saw the very welcome feature of being able to choose your own language upon installation — something WordPress 4.1 takes a step further by allowing you to now simply switch between different languages any time you please (with 44 languages currently available and more on the way – note: choosing a different language automatically installs the required language pack). 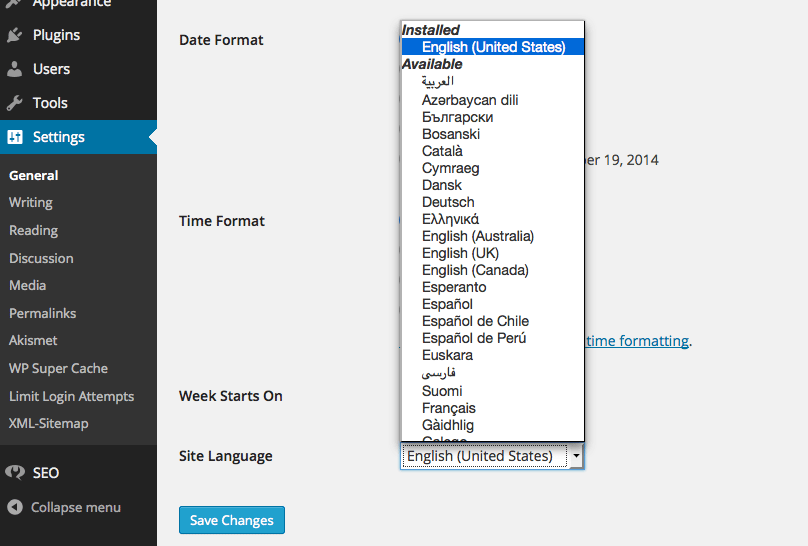 …found in the WordPress backend, under the ‘General Settings’ screen.

Its predecessor simplified YouTube and Twitter embeds, and now version 4.1 improves seamless media embeds even further by covering Vine videos too! Simply paste the Vine video URL into its own line into a post or page and wham: job done!

A feature that so far seems to have been received with a little trepidation, when looking to add a new plugin to your site, WordPress 4.1 will take a look at the plugins you and other users have already installed and make a number of recommendations (of new plugins) it thinks might appeal…

…bear in mind though, that it’s rarely ever a good idea to simply go installing new plugins on a whim — and that using too many plugins can (depending on what it is they are doing, how they’ve been coded and what extra resources they need to load etc) sometimes slow your site’s load time down to a snail’s pace!

Logging Out From Anywhere

Ever worried that you may have forgotten to log out of your WordPress website on another computer (perhaps one at a friend’s house or, worse still, an internet cafe for example)? Fear not: WordPress 4.1 to the rescue with a handy new feature that lets you log out of all computers everywhere!