WinningWP content is free to all. If you make a purchase through referral links on our site, we earn a commission (learn more).
Tags – history, jazz

The jazz musicians behind the WordPress version names: who were they?

As any self respecting WordPress fan knows, ever since WordPress version 1.0, each new WordPress release carries the name of a renowned jazz musician. Why? Well, because, according to the official WordPress roadmap: “WordPress core developers share a love of jazz music”… But what of these famous jazz musicians? Who of us can say they really know much about these masters of music? With this in mind, here’s a little about them (plus a link to listen to each one on last.fm) – from Miles Davis (WordPress v1.0) to Oscar Peterson (WordPress v3.6), enjoy: 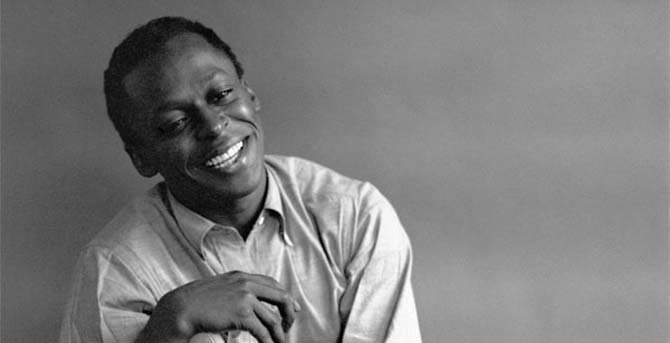 Miles Dewey Davis III (May 26, 1926 – September 28, 1991) was an American jazz musician, trumpeter, bandleader, and composer. Widely considered one of the most influential musicians of the 20th century, Miles Davis was, with his musical groups, at the forefront of several major developments in jazz music, including bebop, cool jazz, hard bop, modal jazz, and jazz fusion…

Listen to Miles Davis on last.fm. 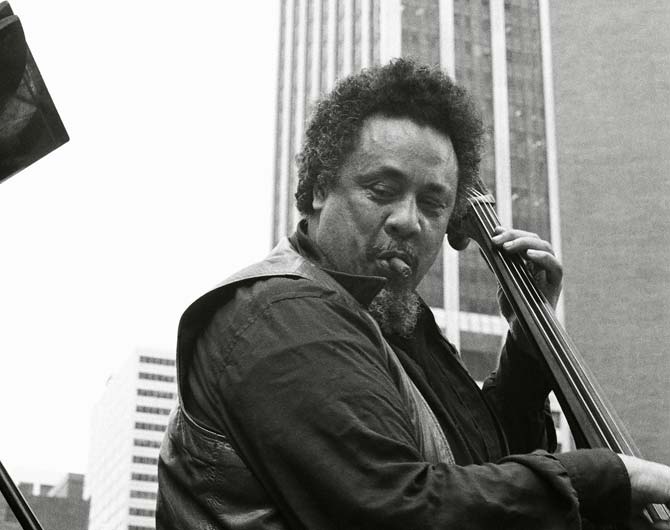 Listen to Charles Mingus on last.fm. 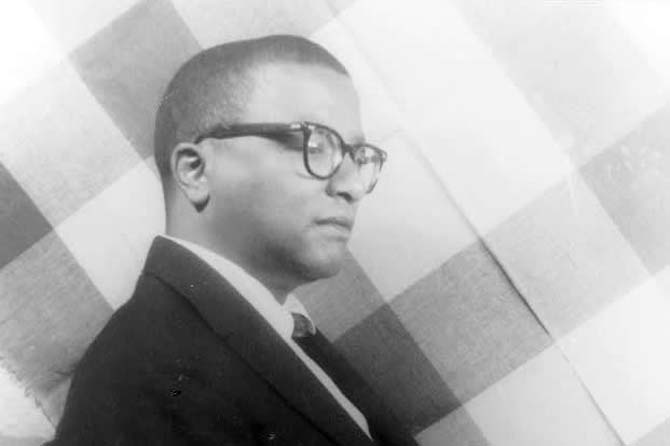 William Thomas “Billy” Strayhorn (November 29, 1915 – May 31, 1967) was an American jazz composer, pianist and arranger, best known for his successful collaboration with bandleader and composer Duke Ellington lasting nearly three decades. His compositions include “Take the ‘A’ Train” “Chelsea Bridge” and “Lush Life”…

Listen to Billy Strayhorn on last.fm.

Though widely considered to have been a pivotal figure in the history of jazz, Ellington himself embraced the phrase “beyond category” as a “liberating principle,” and referred his music to the more general category of “American Music,” rather than to a musical genre such as “jazz.” Born in Washington, D.C., he was based in New York City from the mid-1920s onwards, and gained a national profile through his orchestra’s appearances at the Cotton Club…

Listen to Duke Ellington on last.fm. 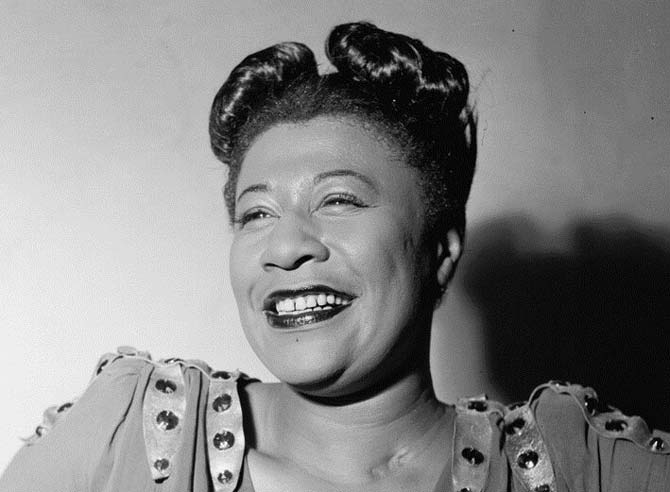 Ella Fitzgerald (April 25, 1917 – June 15, 1996), also known as the “First Lady of Song”, “Queen of Jazz”, and “Lady Ella”, was an American jazz vocalist with a vocal range spanning three octaves (D♭3 to D♭6). She was noted for her purity of tone, impeccable diction, phrasing and intonation, and a “horn-like” improvisational ability, particularly in her scat singing…

Listen to Ella Fitzgerald on last.fm. 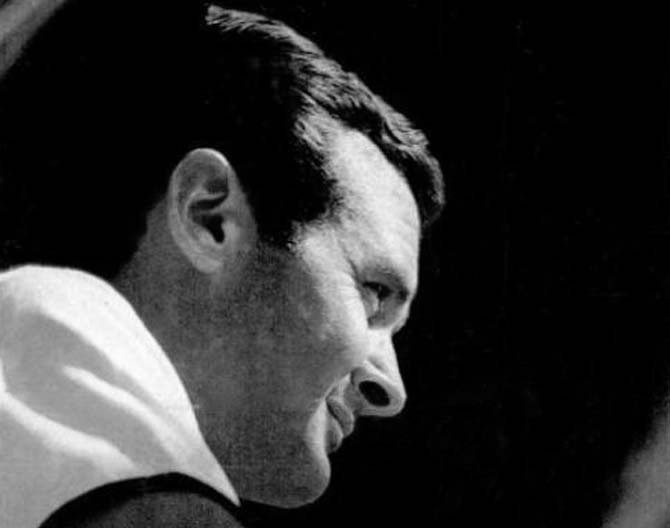 Stanley Getz (February 2, 1927 – June 6, 1991) was an American jazz saxophone player. Getz was known as “The Sound” because of his warm, lyrical tone, his prime influence being the wispy, mellow timbre of his idol, Lester Young. Coming to prominence in the late 1940s with Woody Herman’s big band, Getz is described by critic Scott Yanow as “one of the all-time great tenor saxophonists”… 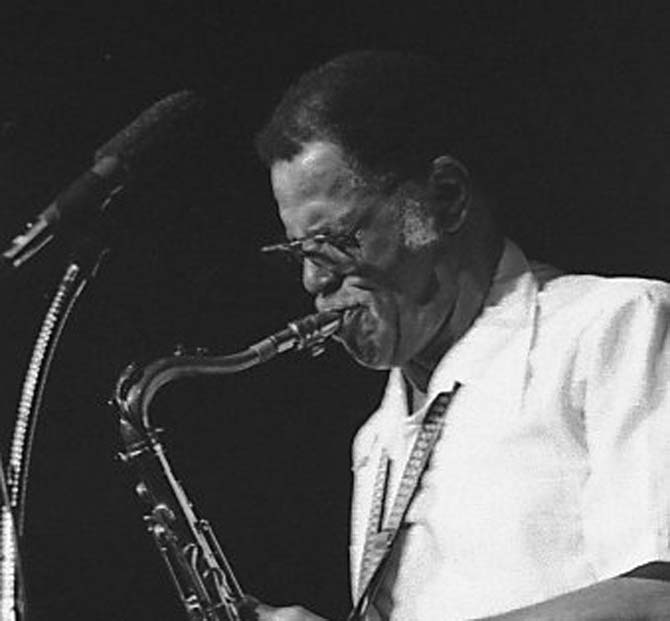 Dexter Gordon (February 27, 1923 – April 25, 1990) was an American jazz tenor saxophonist. He was among the earliest tenor players to adapt the bebop musical language of people such as Charlie Parker, Dizzy Gillespie, and Bud Powell to the instrument. His studio and live performance career spanned over 40 years…

Listen to Dexter Gordon on last.fm. 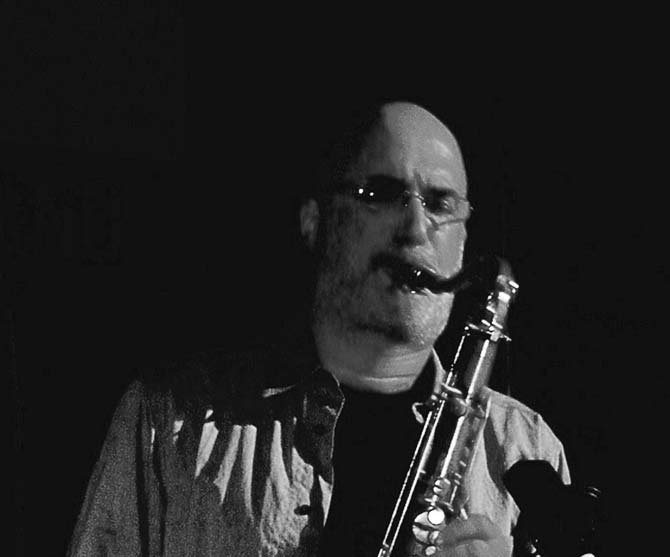 Michael Leonard Brecker (March 29, 1949 – January 13, 2007) was an American jazz saxophonist and composer. Acknowledged as “a quiet, gentle musician widely regarded as the most influential tenor saxophonist since John Coltrane”, he was awarded 15 Grammy Awards as both performer and composer. He was awarded an Honorary Doctorate from Berklee College of Music in 2004, and was inducted into Down Beat Jazz Hall of Fame in 2007…

Listen to Michael Brecker on last.fm. 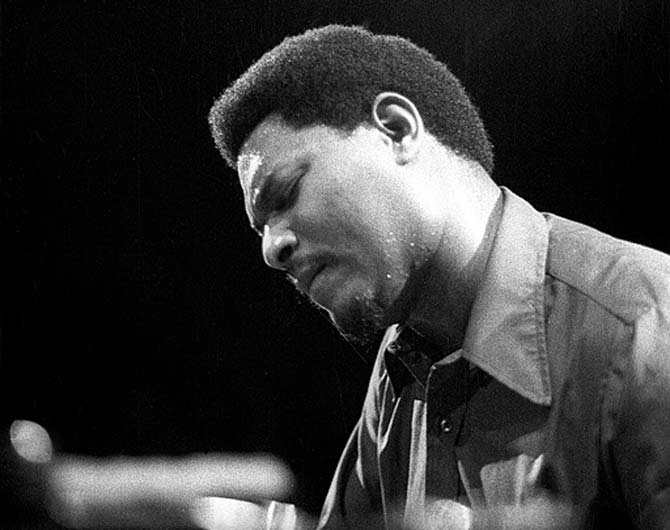 McCoy Tyner (born December 11, 1938) is a jazz pianist from Philadelphia, Pennsylvania, known for his work with the John Coltrane Quartet and a long solo career…

Listen to McCoy Tyner on last.fm. 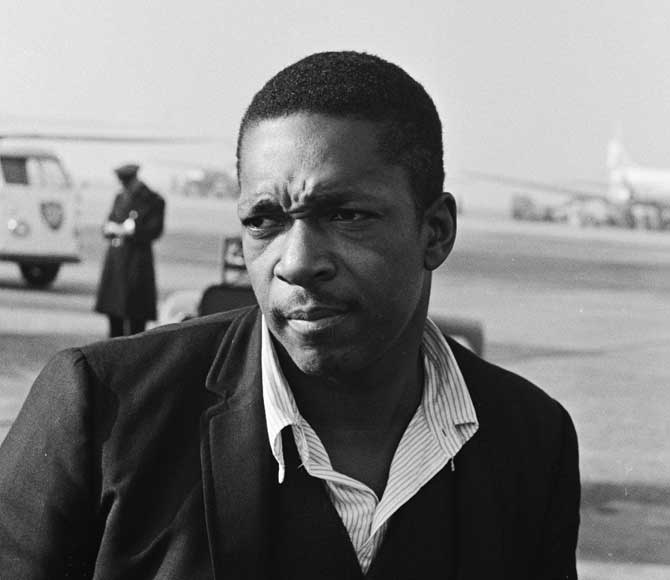 John William Coltrane, also known as “Trane” (September 23, 1926 – July 17, 1967), was an American jazz saxophonist and composer. Working in the bebop and hard bop idioms early in his career, Coltrane helped pioneer the use of modes in jazz and later was at the forefront of free jazz. He organized at least fifty recording sessions as a leader during his recording career, and appeared as a sideman on many other albums, notably with trumpeter Miles Davis and pianist Thelonious Monk…

Listen to John Coltrane on last.fm.

Baker earned much attention and critical praise through the 1950s, particularly for albums featuring his vocals (Chet Baker Sings, It Could Happen to You). Jazz historian David Gelly described the promise of Baker’s early career as “James Dean, Sinatra, and Bix, rolled into one.” His “well-publicized drug habit” also drove his notoriety and fame; Baker was in and out of jail frequently before enjoying a career resurgence in the late 1970s and ’80s…

Listen to Chet Baker on last.fm.

Carmen Mercedes McRae (April 8, 1920 – November 10, 1994) was an American jazz singer, composer, pianist, and actress. Considered one of the most influential jazz vocalists of the 20th century, it was her behind-the-beat phrasing and her ironic interpretations of song lyrics that made her memorable. McRae drew inspiration from Billie Holiday, but established her own distinctive voice. She went on to record more than 60 albums, enjoying a rich musical career, performing and recording in the United States, Europe, and Japan…

Listen to Carmen McRae on last.fm. 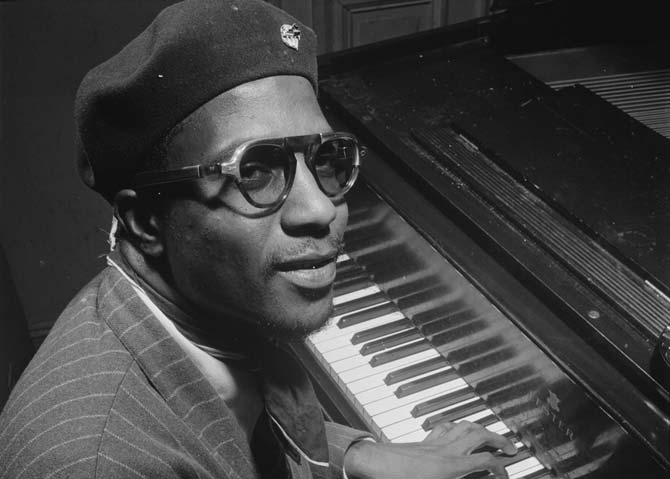 Thelonious Sphere Monk (October 10, 1917 – February 17, 1982) was an American jazz pianist and composer, considered one of the giants of American music. Monk had a unique improvisational style and made numerous contributions to the standard jazz repertoire, including “Epistrophy”, “‘Round Midnight”, “Blue Monk”, “Straight, No Chaser” and “Well, You Needn’t”. Monk is the second-most recorded jazz composer after Duke Ellington, which is particularly remarkable as Ellington composed over 1,000 songs while Monk wrote about 70…

Listen to Thelonious Monk on last.fm. 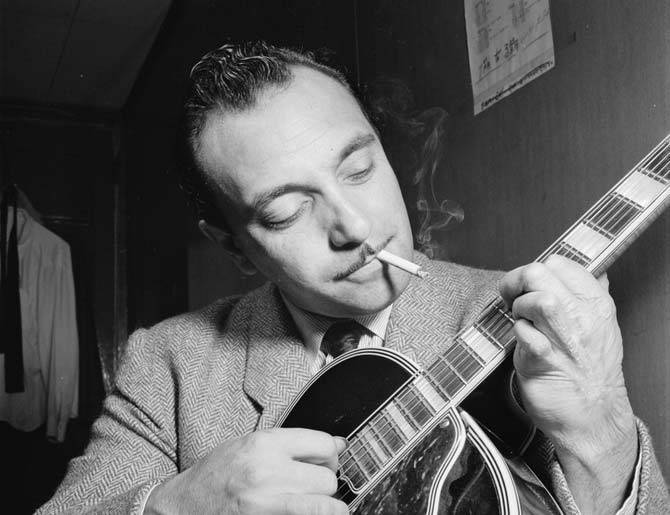 Reinhardt is often regarded as one of the greatest guitar players of all time and is the first important European jazz musician who made major contributions to the development of the idiom. Using only the index and middle fingers of his left hand on his solos (his third and fourth fingers were paralyzed after an injury in a fire), Reinhardt invented an entirely new style of jazz guitar technique (sometimes called ‘hot’ jazz guitar) that has since become a living musical tradition within French Gypsy culture. With violinist Stéphane Grappelli, he co-founded the Quintette du Hot Club de France, described by critic Thom Jurek as “one of the most original bands in the history of recorded jazz.” Reinhardt’s most popular compositions have become jazz standards, including “Minor Swing”, “Daphne”, “Belleville”, “Djangology”, “Swing ’42”, and “Nuages”…

Listen to Django Reinhardt on last.fm. 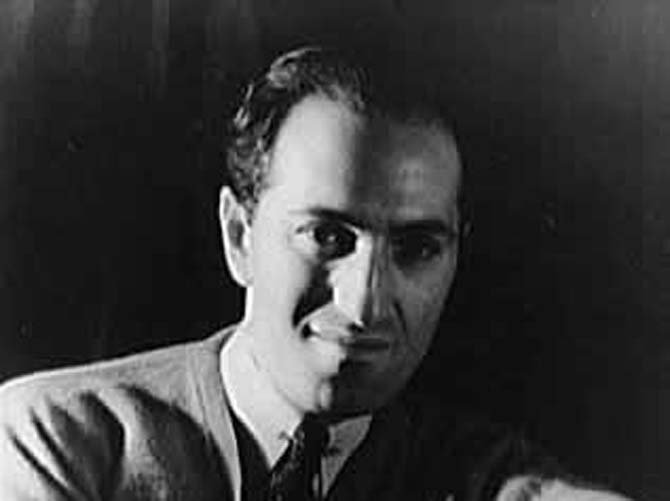 George Gershwin (September 26, 1898 – July 11, 1937) was an American composer and pianist. Gershwin’s compositions spanned both popular and classical genres, and his most popular melodies are widely known. Among his best known works are the orchestral compositions Rhapsody in Blue (1924) and An American in Paris (1928), as well as the opera Porgy and Bess (1935)… 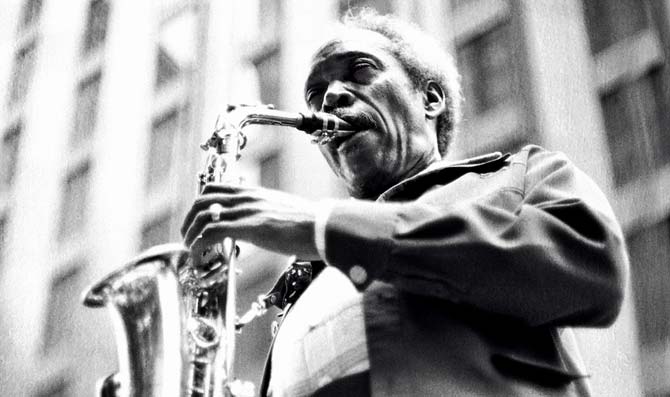 Edward “Sonny” Stitt (born Edward Boatner, Jr., February 2, 1924 – July 22, 1982) was an American jazz saxophonist of the bebop/hard bop idiom. He was one of the best-documented saxophonists of his generation, recording over 100 albums. He was nicknamed the “Lone Wolf” by jazz critic Dan Morgenstern, in reference to his relentless touring and devotion to jazz…

Listen to Sonny Stitt on last.fm.

Recording prolifically and mainly for Blue Note Records (as both leader and sideman) Green performed in the hard bop, soul jazz, bebop and Latin-tinged idioms throughout his career. Critics Michael Erlewine and Ron Wynn write, “A severely underrated player during his lifetime, Grant Green is one of the great unsung heroes of jazz guitar…

Listen to Grant Green on last.fm. 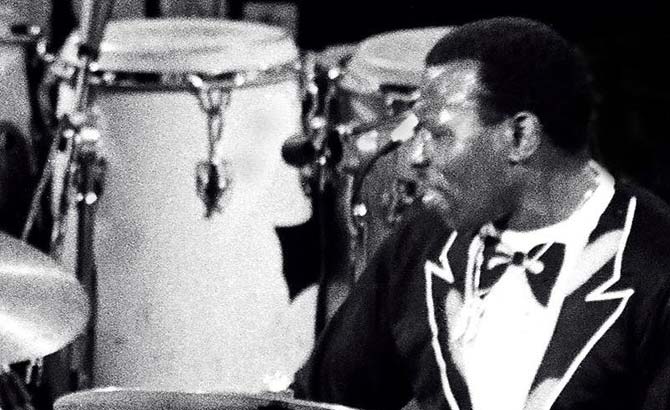 Elvin Ray Jones (September 9, 1927 – May 18, 2004) was a jazz drummer of the post-bop era. He showed interest in drums at a young age, watching the circus bands march by his family’s home in Pontiac, Michigan…

Listen to Elvin Jones on last.fm.

Oscar Emmanuel Peterson (August 15, 1925 – December 23, 2007) was a Canadian jazz pianist and composer. He was called the “Maharaja of the keyboard” by Duke Ellington, “O.P.” by his friends. He released over 200 recordings, won eight Grammy Awards, and received other numerous awards and honours over the course of his career. He is considered to have been one of the greatest jazz pianists of all time, having played thousands of live concerts to audiences worldwide in a career lasting more than 60 years…

Listen to Oscar Peterson on last.fm.

So which famous jazz musicians would you like to see WordPress versions named after in the future?