Give users the ability to correct mistakes/typos in their comments! 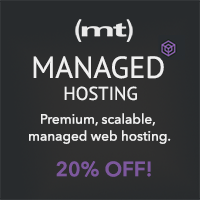 How many times have you left a comment on a blog post and then noticed a howling typo/error in it after hitting the “Submit Comment” button? For me, it’s easier to answer the question how many times have I left a comment on a blog post and then NOT noticed an error…! Part of the problem is that I often re-write parts of the comment I intend to leave before submitting it – and as anyone who writes for a living will tell you: every re-write is another chance to introduce new errors… What’s more, although mistakes made by other people are usually glaringly obvious, for various reasons (more on this in a future post) it’s usually much much harder to spot your own mistakes! The result: you look like a moron who either doesn’t know basic grammar or can’t spell (possibly both?) in the very place you were trying to either make a point and/or look intelligent! Ouch!

Now, although there’s no way to solve the problem of leaving comments containing daft typos that you yourself leave on other people’s blogs (apart from ample proofreading* of course), thanks to a particularly clever WordPress plugin by Ronald Huereca, there is, however, at least a way to help solve it for your own users/readers:

Introducing “Simple Comment Editing” by Ronald Huereca: a free WordPress plugin that gives anonymous users the ability to edit (or even delete) their comments AFTER they’ve submitted them…

In short: once installed, this relatively simple plugin let’s anybody who leaves a comment on one of your posts edit their comment as many times as they like within a set period of time (default 5 minutes) AFTER they’ve hit “Submit” – a functionality so genius it’s almost a wonder it’s not been built into WordPress’ own commenting system by default!

Well, since in using the plugin you’ll be seriously reducing the possibility that people who really do know basic spelling and grammar will end up looking a bit silly when they inadvertently make daft errors/typos in their comments (something they’ll almost certainly be thankful for: which, in turn, may very well encourage them to comment more frequently) you’ll essentially end up with better, more-thought-out comments (with less errors in them) on your blog posts – something which can really only be a benefit to everybody, i.e. you the publisher, them the commenter and anybody else who happens to read any of your blog’s comments in general: a win-win-win scenario!

…the only problem: not nearly enough blogs use it! Now if only Disqus (which we use here on WinningWP) would notice this blog post (feel free to tweet it to them) and integrate a similar feature…

Credit where it’s due: I first saw this functionality over on WPTavern a few months back and then emailed Jeffro & Sarah to find out how they managed it – upon which they kindly told me about this plugin.

*which may or may not be enough to catch those pesky typos!

If you haven’t already, go check it out now!